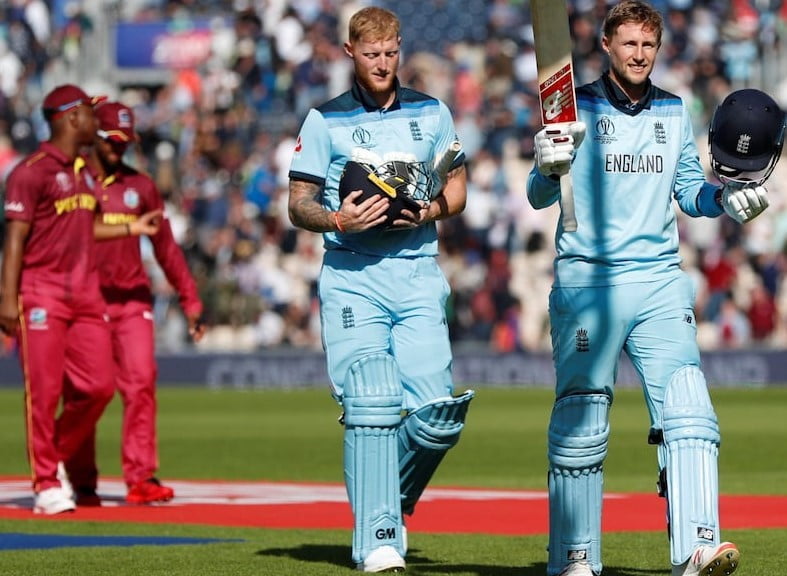 After lots and lots of rain,the English weather presented a beautiful sunny day today. At The Rose Bowl,Southampton, West Indies,and the host, England faced each other. Much more expected from the West Indians than their today’s performance. Their bowler seemed to get no swing or extra edge from the pitch,which was magically been availed to the English team. Wickets fell early and on regular intervals, apart from Pooran,the veteran Gayle and Hetmyer,none could stand before the British bowlers which were humbled by Pakistan just a few days earlier, who posted a mighty 348 before the English. Now,here is a logical irony,Pakistan was brutally beaten by the Indies,where their pace bowler restricted Pakistan to only 105 in 21.4 overs and Pakistan has beaten the English,so the logical conclusion and deduction is, West Indies beats the English. But it’s a game, not a logical or mathematical deduction. Today the bowlers of West Indies played like practice pitch sideline bowlers, who helps the batsman to practice and where have gone all their edges? Simply, vanished in thin air! On the other hand, the very pitch the West Indian batsmen were struggling to bat on, Root scored a century,Bairstow 45,Chris Woakes 40 and Ben Stokes joined at the very end of the innings and thats all England needed to reach their home. Injured Andre Russell did what he could, left early, bowling only 2 overs for 14 runs, Shannon Gabriel got both the English wickets for 49 runs at an economy of 7 and bowling 7 wides, very undisciplined. Whereas much of expected from the batting of the Hope, Russell, and West Indian captain, Holder,though Gayle managed to score 36 but he had 2 triple test centuries and lots and lots of experience, he should have known better not to thrash at every ball that are coming in his way,they lost such an early wicket , when Evin Lewis was bowled at their team’s score was only 4.The English were hurling javelins in a pitch what was dead to the West Indian bowlers. Root not only scored a century but also took 2 key wickets of Hetmyer and Holder,3 a piece for both Jofra Archer, who was born in the Barbados and Mark Wood. There were only two 50+ batting partnerships in the West Indian innings Nicolas Pooran / Shimron Hetmyer,89 runs of 99 balls and Chris Gayle / Shai Hope’s 50 of 60 balls.Though the world cup has yet to reach the halfway, the English today ascended to the second position on the chart after this match. the West Indies,if they fancy themselves to be one of the four semi-finalist,they should better play their cards well,they have the potential,though most of them lack experience,they are young,agile and talented. 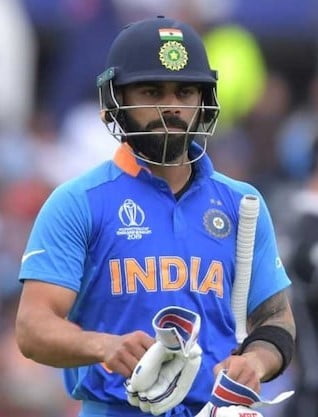 India’s dream and hope on reaching the final and winning the World Cup, came to an abrupt halt, as the Indian team failed to chase a relatively low score of 239. As in this world cup teams frequently scored 300 plus runs and many even successfully chased them. India themselves posted a score of 352…