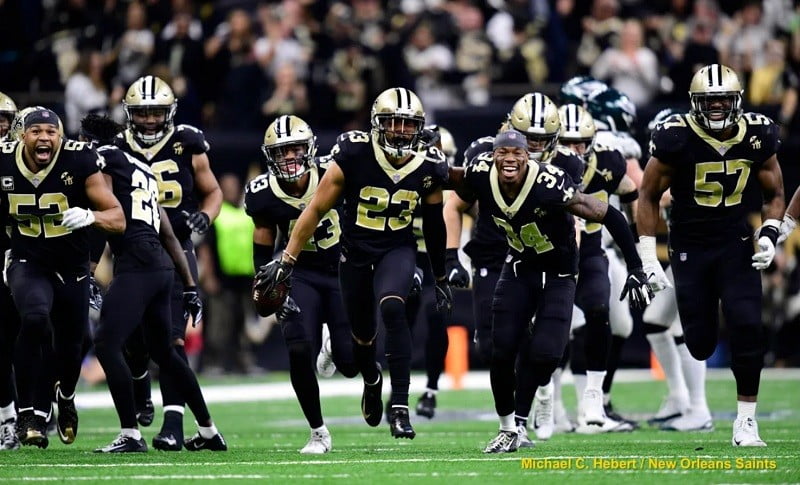 New Orleans Saints, from New Orleans, Louisiana, a culturally rich and large Catholic populated American city, takes part in the NFL from the National Football Conference’s (NFC) South division, also played from the NFC’s western division previously. Since their formation, up until 1974, they played their home games in the ‘Tulane Stadium’ before finally settling in their current home ground ‘Mercedes-Benz Superdome’, with a few temporary accommodations due to the Hurricane Katrina’s sweeping devastation throughout the city of New Orleans.

Though their achievement fall far behind many prominent, recently they are showing promises of superior performance which didn’t always been converted to a victory but Saints are definitely becoming a team to follow and watch out in the American Football. Their long waiting and tolerant fans adorably call them many times as the ‘Aints’, due to their prolonged inability to deliver successes and claim the titles.

The New Orleans Saints current owner is Gayle Benson and the president is Dennis Lauscha. At present, their head coach is Sean Payton. The team roster is the following:

The team founded upon, the idea of being the representative of the city, after a deal between the Football officials and politicians and bargain in lieu of to support the AFL-NFL merger by the political leaders notably Senator Russell Long and Congressman Hale Boggs. The formation was spearheaded by the local sports enthusiast Dave Dixon. The franchise was awarded in an auspicious day of ‘All Saints’ Day’, on 1st November 1966, after which the team was named. Their majority shareholder after the formation of the club was John W. Mecom Jr. and upon formation, they were inducted as the member of NFL from the Eastern division. They had a better preseason-opening, 5-1. On 17th September 1967, they played their inaugural regular season match against Los Angeles Rams with 13–27 loss and ended the season humbly, 3–11.

The AINTs had miserable 60s and 70s, they dreadfully disappointed everybody. One high point during this era was Tom Dempsey’s 63-yard field goal record against the Detroit Lions that lasted more than 40 years. During this era among the very few distinguished players were Archie Manning, Tom Dempsey, and Jim Taylor. In 1970 upon the AFL-NFL merger the Saints were placed in the NFC’s Western division till 2001 and from then on they have been playing from the Southern division.

New Orleans Saints began their 80s in a most humiliating way possible. In 1980 they lost 15 and won just one game, Manning again was the star performer for the season. In the following year they drafted running back George Rogers, who delivered 1,674 yards and became the year ’s rushing champion, but of no avail Saints remained in the gutter, finishing a 4-12 in that season. More or less the team’s dismal performance continued the same as before during the first half of the decade. On May 31st, 1985, John W. Mecom sold the club to Tom Benson, who before the start of the following season appointed Jim Mora (1986-96) as their new head coach. Under the supervision of Jim Mora after 21 years the ‘Aints’ had a much better season; spearheaded by Bobby Herbert, their quarterback, defense led by linebackers Sam Mills and Rickey Jackson, the Saints berthed the playoff and finished their regular season with 12-3. Up to 1990 the saints continued this relatively better performance compared to their first 21 years, 10-6 finish in 1988, 9-7 in 1989 and 8-8 even in 1990.

The Saints claimed their first ever championship of any kind as they claimed the divisional title in 1991, but lost to the Falcons by 27-20 in the playoffs. In 1992 the Saints finished the season 12-4 and got a berth in the NFC playoffs as a wildcard in which they lost to Philadelphia Eagles 36-20. In 1995 the Saints became the ‘Aints’ again with a losing record of 7-9 after 7 successive years and this downslide continued in the following year resulted in Mora to resign after 10 years of tenure, his successor, the interim coach Rick Venturi delivered a horrible season with a losing record of 3-13. In the following season, after Rick Venturi’s short stint with the club, he was succeeded by Mike Ditka, who could not deliver the team what they expected of him. Futile Dikta’s era began with a 2 successive season loss with both the season record of 6-10, so losing 2 seasons, followed by finishing the 1999 season 3-13 resulted in his dismissal.

Following the 1999 dismal performance, Tom Benson, the owner, had shaken up the whole line up, replacing the General manager, entire coaching staff and brought many new talents. Jim Haslett (2000-2005) was appointed as the Head coach and quarterback Jeff Blake, Jake Reed, Joe Horn, Darrin Smith, Glover, and Norman Hand were among the few new talents. In his first season with the Saints, Haslett’s team proceeded to the playoffs, they won their first ever playoff defeating the current Super Bowl Champion St. Louis Rams by 31-28 but lost to the Minnesota Vikings. The Saint could not make to the playoffs until 2006. With a 7-9 finish in 2001, 9-7 in 2002, 8-8 in 2003 and 2004 and 3-13 in the 2005 season, the team didn’t perform what Haslett was brought into to deliver; following this disappointing performance Haslett was also fired.

In January 2006 Sean Payton was appointed as the head coach. The Aints bounced back with 10-6 season record, winning the divisional title and the playoffs. Despite losing the NFC championship game to the Chicago Bears by 39–14, their cumulative performance was a huge leap ahead and paved their ways for their future claim of Super Bowl title, the ultimate goal. The following two years they again went downhill, 7-9 in 2007 and 8-8 in 2008. In 2006 they signed one of their most standing out quarterbacks Drew Brees, a potent offensive player. The 2009 was to date their most successful seasons, in a 13-3 winning season, they went on to win the Super Bowl beating Indianapolis Colts 31–17 in front a crowd of 74,059. The following season they did well, 11-5, but lost in their playoff to Seattle Seahawks by 36–41. In 2012 the Saints were penalized by the NFL for their role in the ‘injuring opponent players for financial reward’ scam, also fined half a million dollar and their coach was suspended for a season and general manager for eight games. Following this upheaval, they ended the season with a losing record of 7-9. In 2013 the Saints did well in their regular season with 11-5 record, won their first playoff by 26–24 but lost the next one to Seattle Seahawks by 15–23. The next 3 losing years Saints repeated the same record 7-9 again and again. In 2017 the Saints bounced back with a divisional title and 11-5 regular season record and berthed playoffs. They won their first-round playoff but lost the next one. In 2018, their owner Tom Benson died on March 25 and after a successful regular season finish of 13-3 , they lost the NFC Championship to Los Angeles Rams by 23-26 in the overtime. 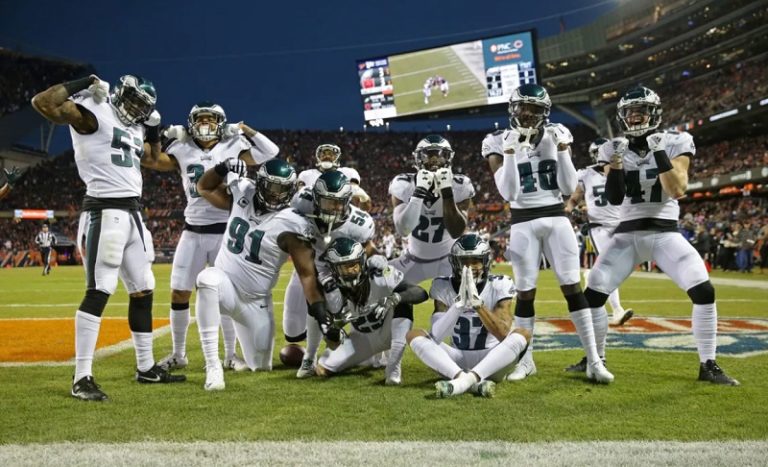 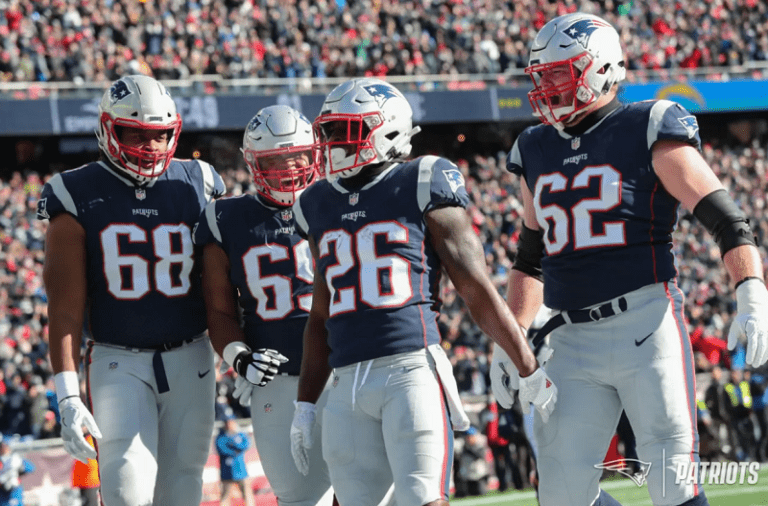 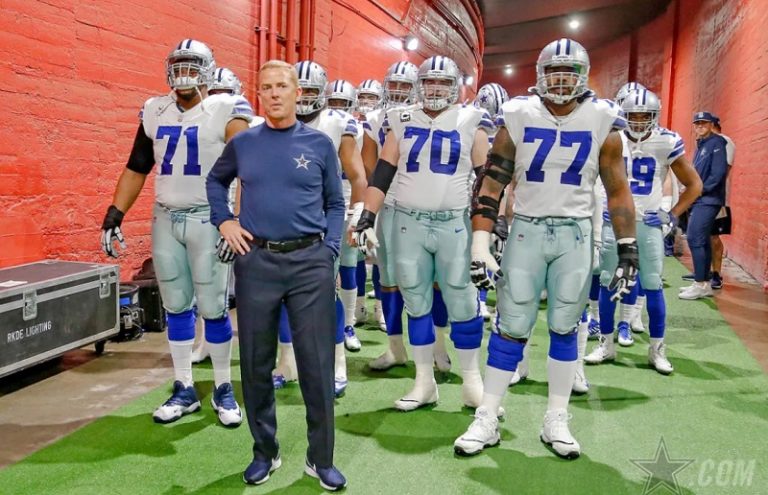 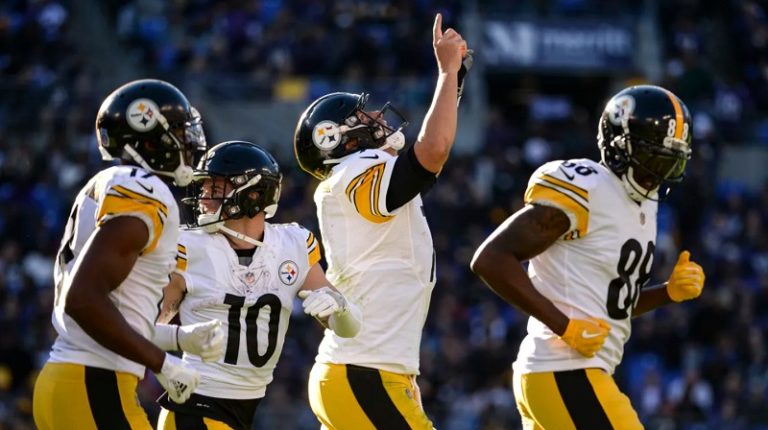